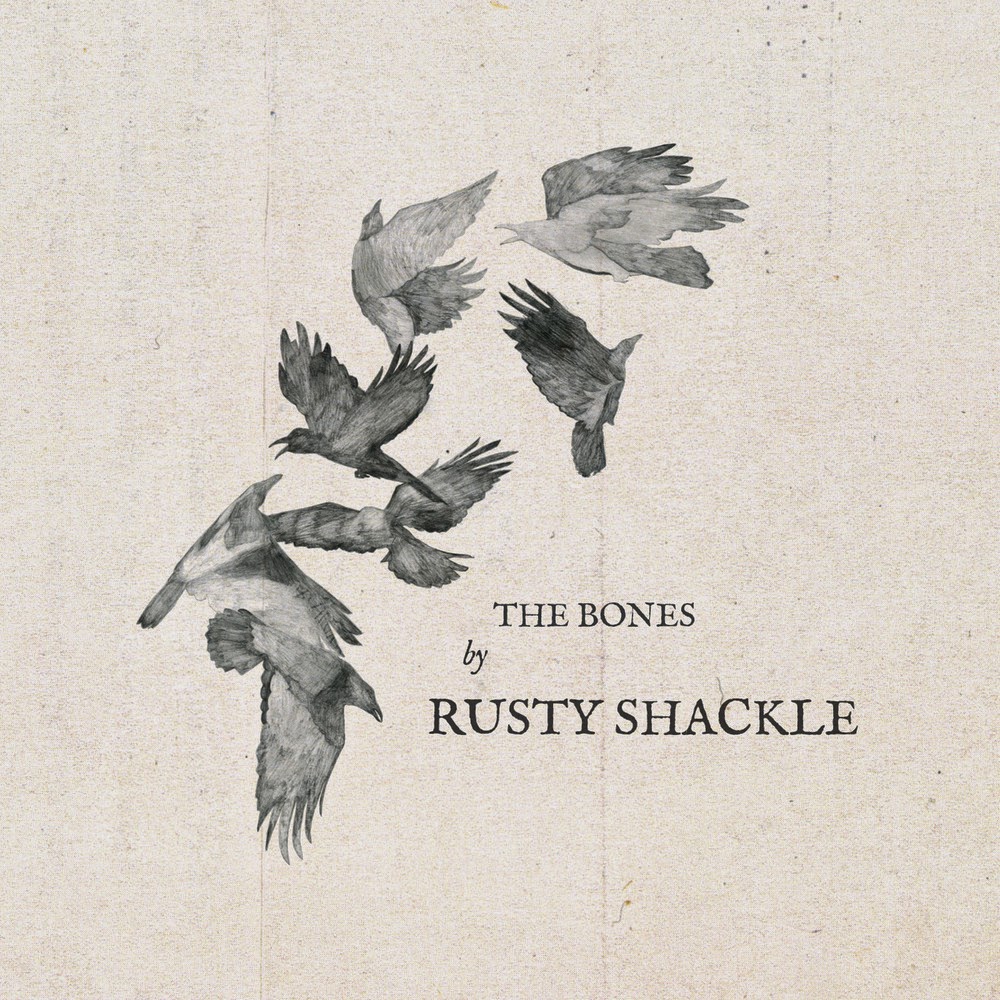 Rusty Shackle
The Bones
(Get Folked Records)
The second album from this five-piece from South Wales sees them stripping their sound back to the “bare bones” (hence the title); however, the record has a somewhat fuller sound than this approach may suggest, featuring as it does guitars both electric and acoustic, violin, vocal harmonies, bass, drums, keyboards, banjo, harmonica and mandola (which is to the mandolin what a viola is to a violin, fact fans). It certainly doesn’t sound as if there’s anything missing.
The style here is a sort of up-tempo, hi-energy folk pop with strong, sing-a-long melodies and is, it has to be said, quite hard to resist, although there will doubtless be some out there who feel that folk should not be allowed to be as accessible as it is here. And perhaps the tunes are a little too catchy, and the lyrics could sometimes have done with a little more depth but, on the other hand, maybe that’s just not what Rusty Shackle are about – and what they do do, they do undeniably well.
These guys have already played some impressive gigs, and this is a strong record which does a good job of catching much of the exuberance of their live performances. If they keep it up, they won’t be getting any smaller, that’s for sure.
www.rustyshackle.com