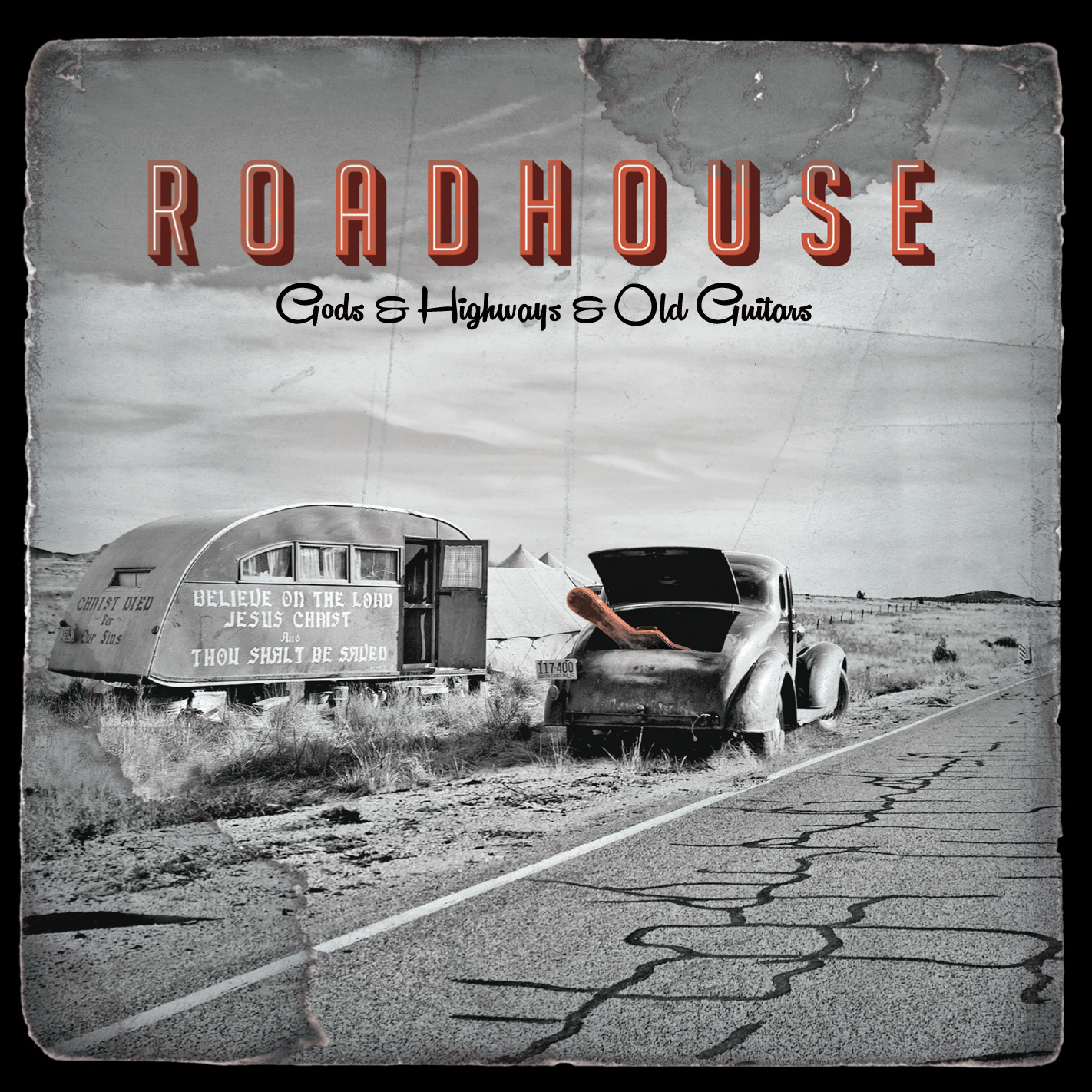 Roadhouse
Gods & Highways & Old Guitars
Krossborder Records
This is the twelfth album from British blues-rock veterans Roadhouse, who have been around for about 20 years now and played well over 2, 000 gigs. Remarkably, despite so many years of hard slog, this latest offering sees them not only hit a creative peak but smack it right out of the ball park. Gods & Highways & Old Guitars is their strongest record yet and sees them moving further than ever before into Americana territory – in fact, the combination of Gary Boner’s growling vocals and the three female singers featured means that it sometimes sounds agreeably like a collaboration between Dr Feelgood and The Walkabouts.
The ten songs here may be on the long side but even the most epic of these, ‘Skinwalker’, about an evil spirit from Native American folklore, does not outstay its welcome at seven and a half minutes. This is, of course, not simply down to the strength of the songs, but also a tribute to the musicians – the rhythm section are about as close to perfection as it’s possible to get, and Danny Gwilym’s blazing lead guitar work a continual highlight throughout.
A very strong album indeed, and one with an appropriately big, widescreen feel to it – let’s hope it finally gets Roadhouse the attention they indisputably now deserve.
www.roadhousegb.co.uk