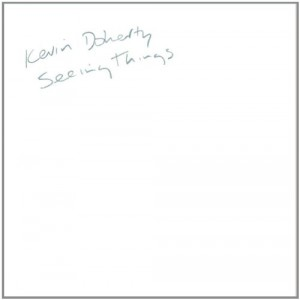 This is the fourth solo record from Dublin resident Doherty, also well-known as a member of the folk band Four Men & A Dog. It’s mature singer-songwriter fare of a type rarely heard these days, but more familiar from the late ‘60s / early ‘70s work of artists such as Leonard Cohen and Randy Newman – a string quartet are featured throughout, along with some lovely backing vocals courtesy of Charley Webb (from The Webb Sisters) and Lisa O’Neill.
Doherty’s a fine singer himself, occasionally reminiscent of Nick Cave at his gentlest, and he knows how to put his songs across without ever straining for effect. Many of these are concerned with arrivals, departures or journeys of one sort or another, and listening to them feels something like a journey in itself - in this case, a sweetly melancholy one.
It has to be said that not only does this album sound absolutely gorgeous, but the songs together form a masterly example of elegant, grown-up songcraft which is entirely consistent throughout and does not outstay its welcome. In fact, try as I might, I’m unable to think of a single negative thing to say about this record – it really is that good!
www.kevindoherty.ie