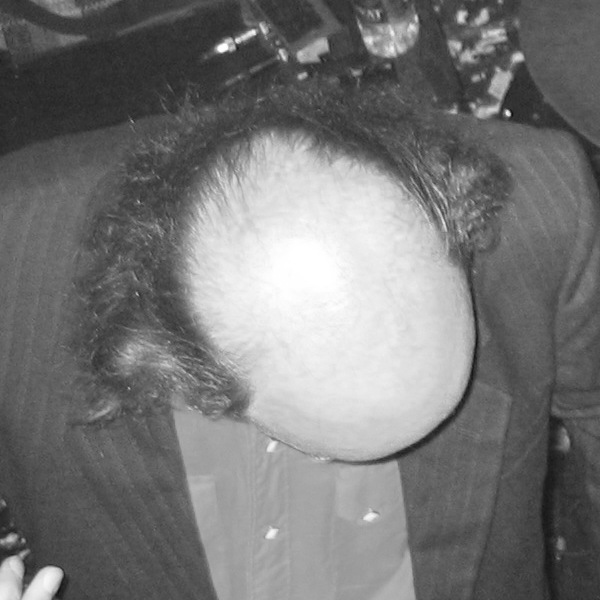 When a band are as truly original as this lot, it becomes difficult to describe them well without resorting to inaccurate comparisons, but here goes… Glassglue are a four-piece featuring Marcel Stoetzler on vocals, who retains his native German accent and has a charismatically unpretty voice which can, nevertheless, hit some difficult notes. Matthew Karas alternates between organ and guitar, both of which he never fails to play with an abundance of imagination, steering resolutely clear of all the usual rock clichés. The band’s material is mostly written collaboratively and commonly features unusual time signatures and changes, which are executed with confident invention by the rhythm section of Gianluca Galetti on bass and Ravi Low-Beer on drums, both of whom sound as if they’d be equally happy playing avant-garde jazz. In some ways, Glassglue are avant-garde, but their material remains surprisingly accessible – this is still pop music, albeit of a most unusual variety. The thirteen songs here are short, sharp and punchy, often featuring abrupt endings and never outstaying their welcome. The atmosphere is often sinister or even threatening, but Glassglue do have their lighter side, for example on the almost-sweet love ballad ‘My Last Parachute’.
As produced by Hans-Joachim Irmler of Faust, this record has a marvellous depth of sound and all the nuances of the band’s performances are loud and clear. This is a great album which will stand up to as much repeated listening as you may care to give it. Let yourself in on a very special well-kept secret and check it out.